There are so many things in the Smithsonian Air and Space Museum in Washington DC that there is also a companion facility outside of the city in Chantilly, Virginia.  The Udvar-Hazy Center is basically giant aviation hangars filled with aviation and space artifacts, including a Lockheed SR-71 Blackbird, a Concorde, and the space shuttle Discovery.

I was enamoured with the space shuttle.  It was massive.  It was beautiful.  Even now (our trip was in July 2013 – yes, I’m behind…) I can’t believe it.  That thing was in SPACE.  Science is amazing.

View of the back.

Me on the 2nd floor (I told you it was big!) in front of Discovery.

Robin in front of the Canadarm (I), which is a robotic arm that is remotely operated by an astronaut inside the spacecraft.  Between Discovery and the Canadarm, we were definitely representing both our nationalities. 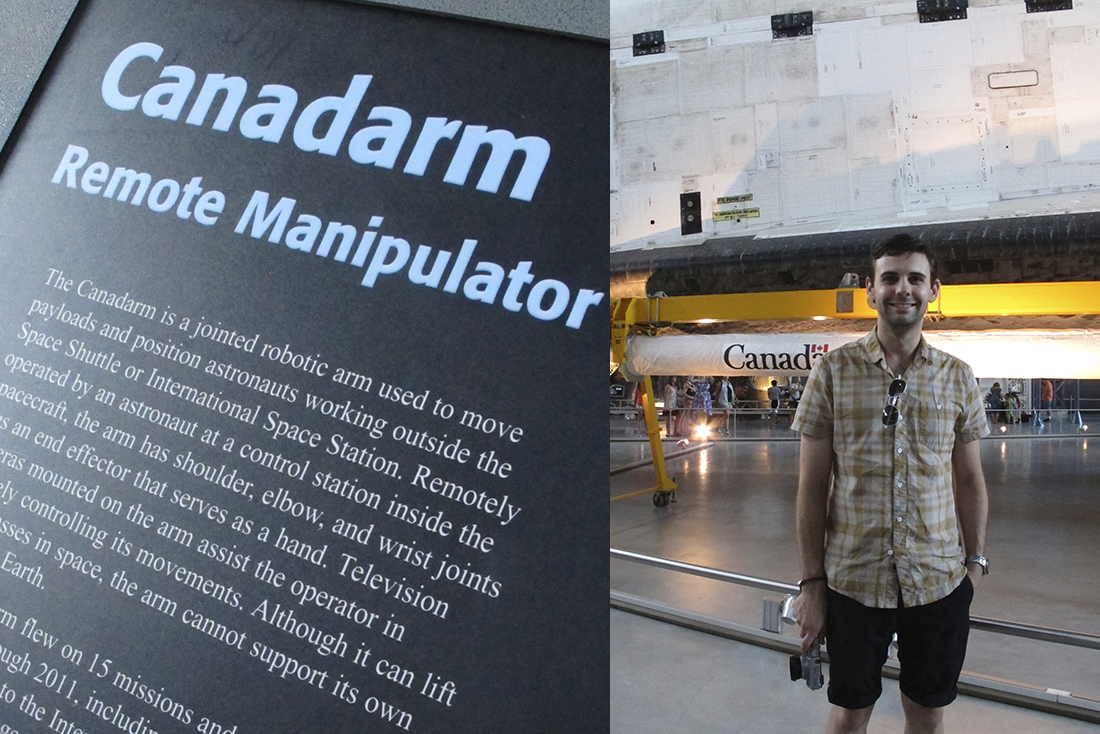