Humanity learned to ride the rails, & that motion made us what we are, a ferromaritime people. The lines of the railsea go everywhere but from one place straight to another. It is always switchback, junction, coils around & over our own train-trails.

An efficient route from where we start to where we end would make the word the tiniest line. But it takes a veering route, up & backwards, overshooting & correcting, back down again south & west, crossing its own earlier path, changing direction, another overlap, to stop, finally, a few hairs’ width from where we began.

& tacks & yaws, switches on its way to where it’s going, as we all must do. 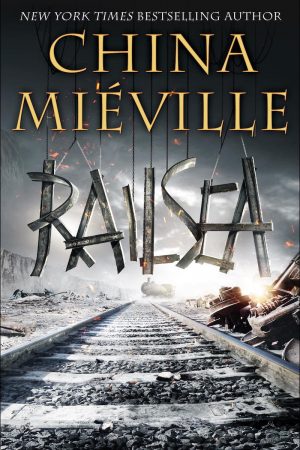